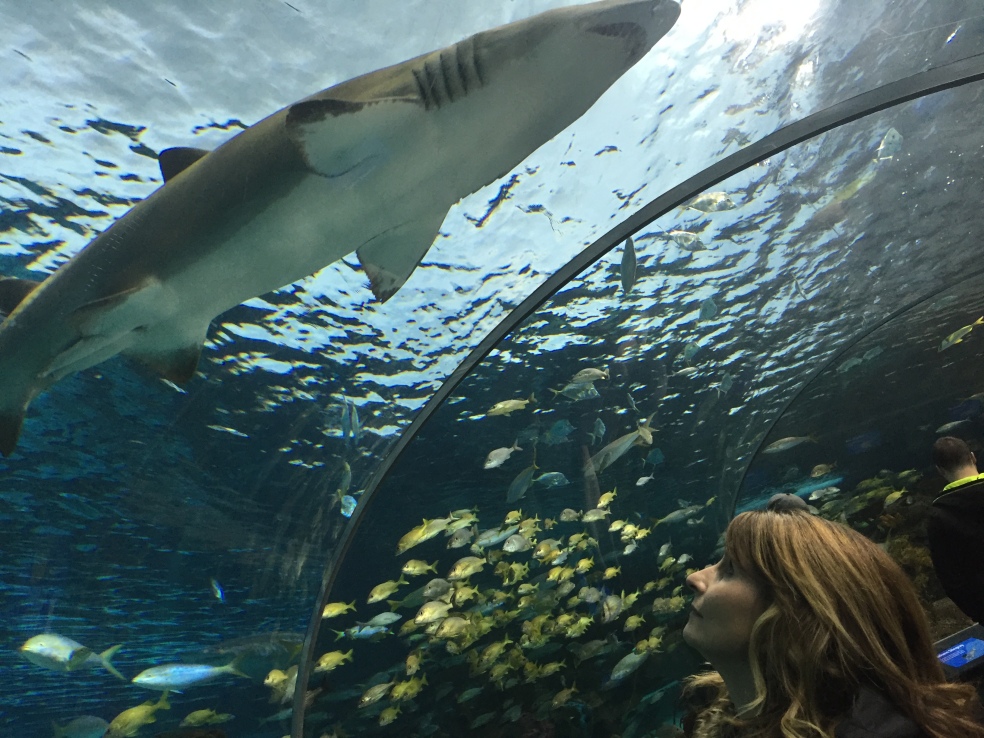 In January, on a very snowy winter afternoon, my girlfriends and I spent the afternoon at Ripley’s Aquarium in Toronto. I’d never been to the aquarium before, but Dave and the kids had raved about it so I was looking forward to exploring it, especially the shark tank and tunnel where the sharks swim right over your head.

It was an amazing mid-winter afternoon escape. We watched one of their divers feed the stingrays just feet away from us. Stingrays are incredibly graceful, floating and gliding effortlessly, but at feeding time, they’ll flock around the diver like a scene out of Alfred Hitchcock’s The Birds, opening their mouths to gobble up the fish being offered. 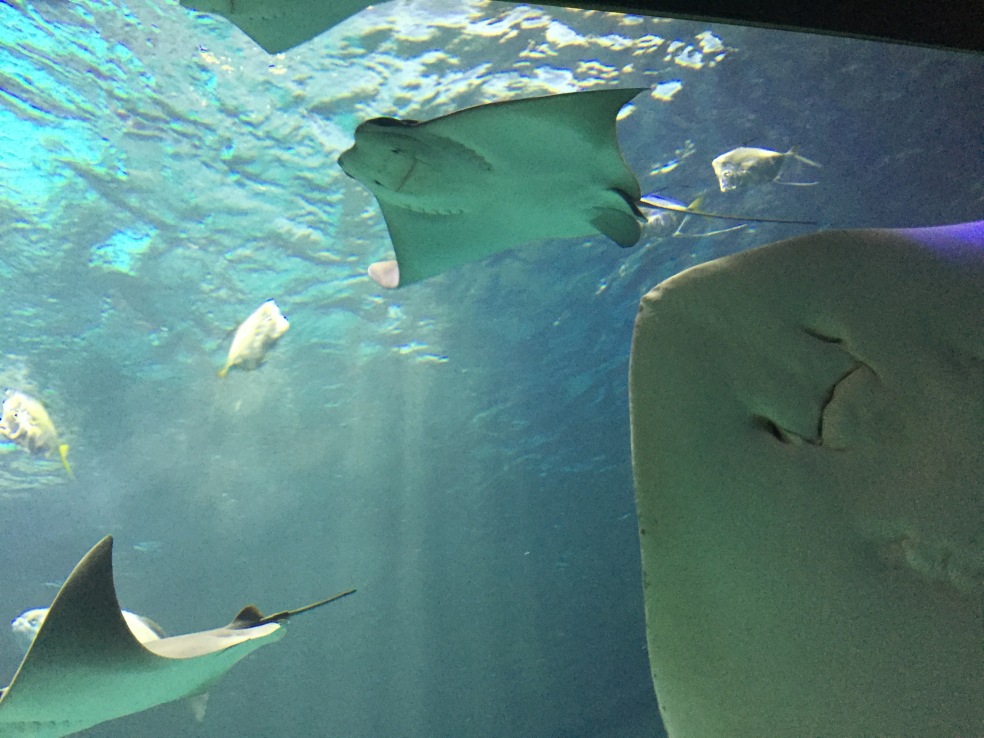 At one point, since we had been hoofing it around the city in blustery snow all day, we just sat and watched one of the huge tanks for a half an hour. The longer we sat and watched, the more species we saw. Bright playful clown fish, luminescent mandarinfish, and fish with wonderful names like Love Bird Parrot and Moorish Idol formed a moving kaleidoscope before our eyes. It was very peaceful and beautiful, and dare I say, zen. 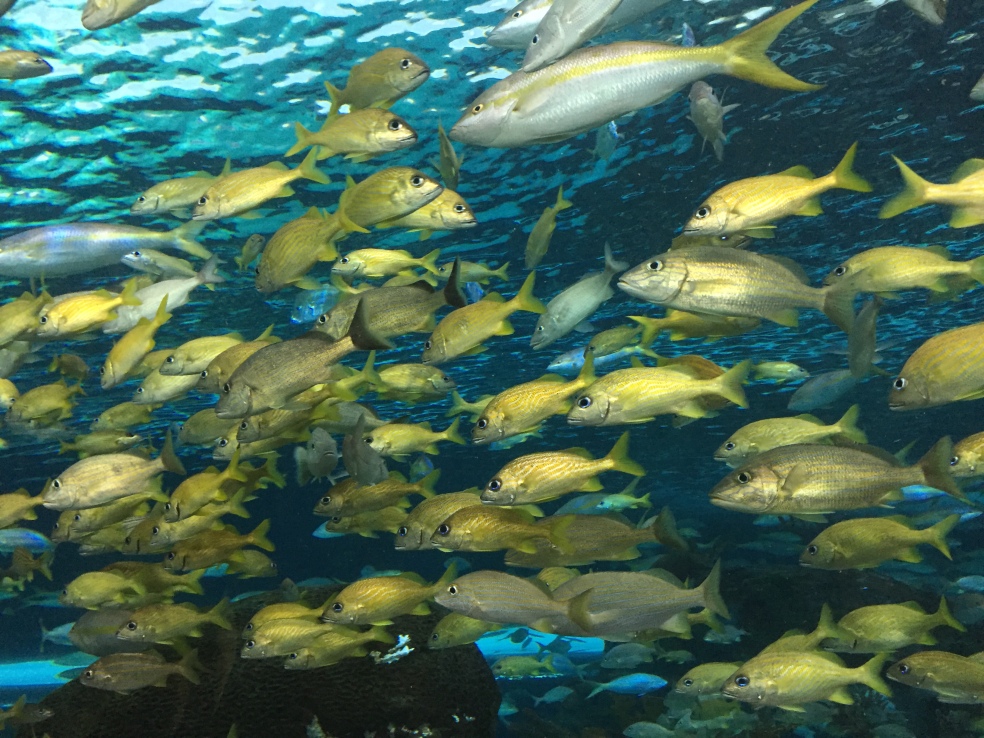 The main attraction was the Dangerous Lagoon which is North America’s longest underwater viewing tunnel and which Ripley’s describes as a breathtaking underwater gallery. We hopped on the moving sidewalk three times to watch and wonder at the magnificent sharks, sea turtles and sawfish swimming just inches above and beside us. 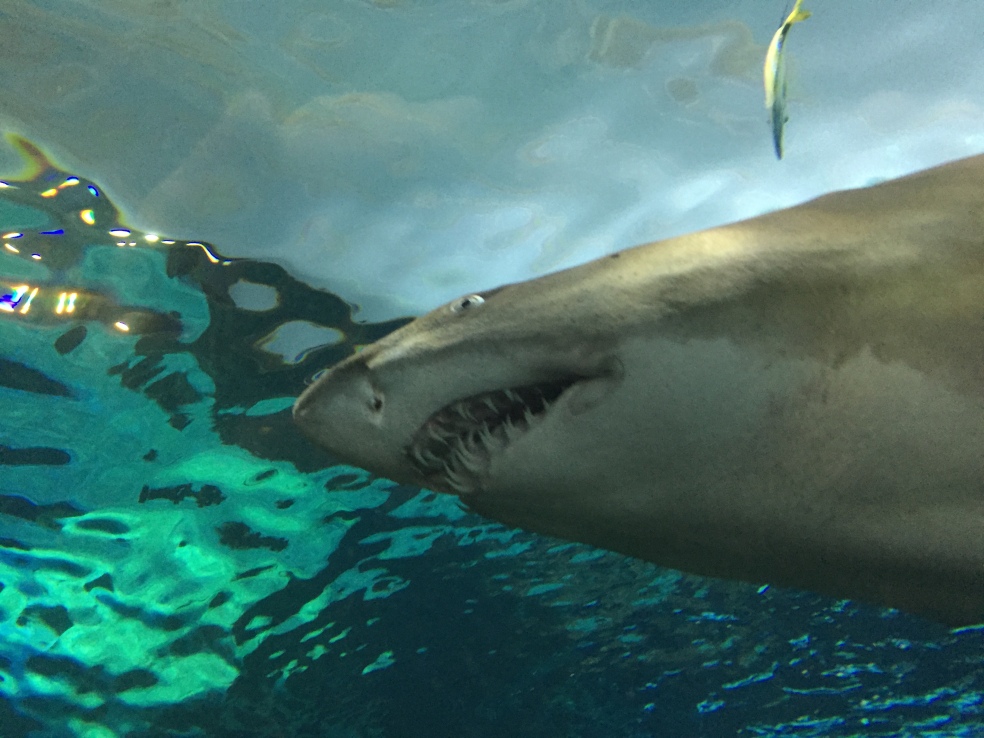 This week’s #HappyAct is to escape the cold and snow, and dive into an undersea world.

Looking for something ultra cool? Every second Friday, they host a jazz night with live music and cash bars throughout the aquarium. Or have a slumber party and sleepover with the sharks. You can drop off the kids or stay for a family experience.  You can sign up for their Scales and Tales e-newsletter with exclusive offers, news and behind-the-scenes info. They even have PD Day camps if you’re looking for something for the kids on the next PD day.

If you don’t have any plans to go to Toronto and live in Eastern Ontario, try the Aquatarium in Brockville. Here is an old blog post I wrote about it a few years ago.

Ed. Note: Have you ever wondered how The Beatles came up with the lyrics to Octopus’ Garden? As the tale goes, Ringo Starr wrote the lyrics after spending a day at sea in Sardinia with comedian Peter Sellers. A waiter mistakenly brought him squid instead of fish and chips and he said, “It was okay. A bit rubbery. Tasted like chicken.” The captain went on to tell Starr about how octopuses travel along the seabed picking up stones and other shiny objects and create gardens with them. 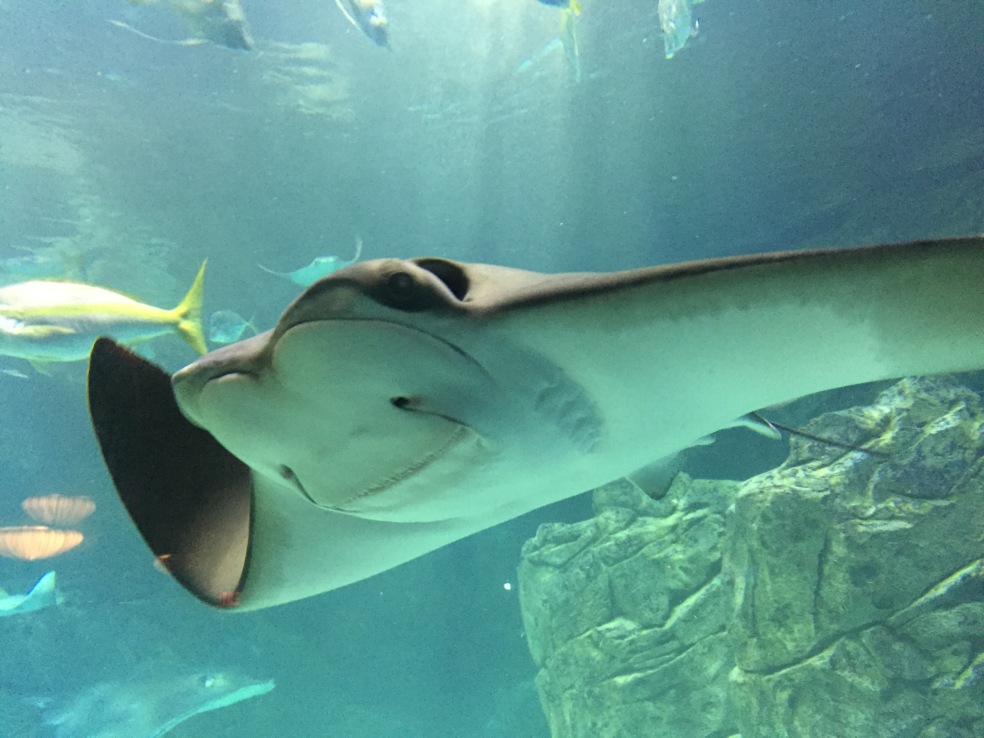 3 thoughts on “Discover an undersea world”