It was a dark and stormy night. At least it was dark. Not so sure about the stormy part. But there was definitely a nip in the air that October evening, as my friend and I ventured into Fort Fright, a popular Halloween attraction at the Fort Henry historical site in Kingston.

You might not know it by the amount of time I spent cowered behind my friend, but I loved every minute. I suppose I have my dad to thank for that. Halloween was always one of his favourite times of the year.

What made Fort Fright so special were the scare actors. Real people wearing makeup and costumes, and with an agenda to extract the most fear from the masses winding their way through the dimly lit passages. 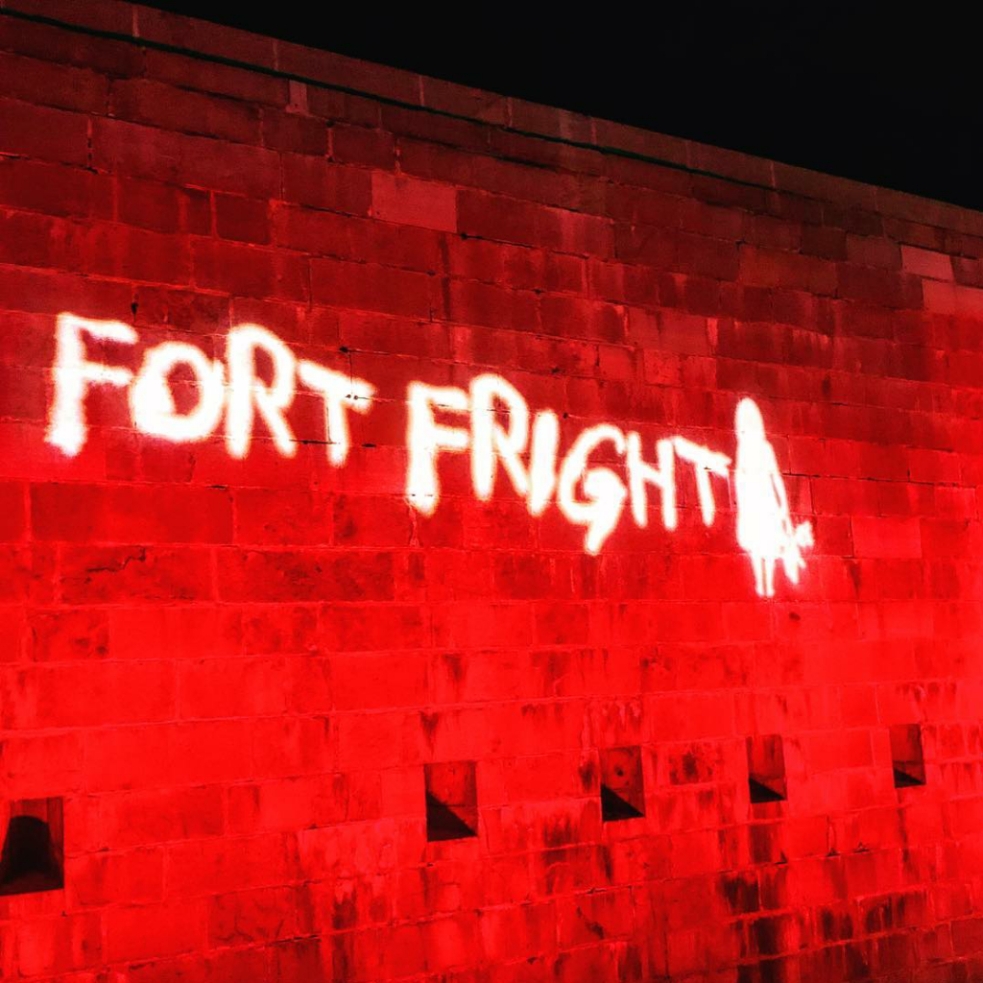 It looked like so much fun that a crazy idea popped in my head. I wanted to be a scare actor. Why not?

The following August, I reached out to express my interest. I interviewed shortly after, and was subsequently hired as a member of the Fort Fright scare acting team for the 2018 season. I was ecstatic beyond words.

To begin with, it was cool just working at Fort Henry every night, and being surrounded by all of the history. Our locker rooms were at the end of one of the parade squares, near the spot where I saw my first Tragically Hip concert. As I walked in each night, I would look to where the stage once was, and envision Gord Downie rocking and bouncing the microphone stand off his head.

The character I would assume for the month was an evil brain surgeon in the haunted hospital. I would lope around an operating table carrying a bloody, rubber brain, lurching out at guests as they nervously passed. Over time, I developed a few lines of dialogue, and I would learn to adapt my theatrics to the mood of the crowd.

Throughout October, I worked my full day job in Brockville, rushed home, and then was off to Kingston to work at Fort Fright for the evening. I actually used some vacation time to give myself a break from working double shifts. When it was all over, I had attended all but one evening that the attraction was open. Not surprisingly, I was tired some of those nights, but the adrenaline would kick in hard as the first visitors approached my post.

The job wasn’t without its risks. There was one night when I scared a big, burly man walking through with his date. My pleasure at nailing the scare just as quickly changed to horror when he turned towards me with an angry glare, and for a moment, I thought he was going to pulverize me. Thankfully, he thought better of it and continued on, as I breathed a huge sigh of relief.

But truly, the best part of the experience were my co-workers; energetic, passionate professionals all. And always anxious and friendly to offer guidance to the rookies such as myself.

Would I do it again? Absolutely! Truly the most fun I’ve ever had doing a job. I can’t imagine my fall without it.

In the midst of my foray into scare acting, several friends suggested that I should try my hand at more conventional acting. I balked a bit at first. Running around with a mask and jumping out at people was one thing. I couldn’t imagine myself being part of a formal production.

There was a local venue that I had driven by many times but had never entered; the Royale Theatre Thousand Islands in Gananoque. I knew they occasionally held open auditions for various performances, so I began following their Facebook page for notifications.

It was early February when they posted for a play called MURDER AFOOT. I attended and was provided with a script and a brief synopsis. The director assigned and rotated different roles while we read in a circle. When I left after about 45 minutes, I wasn’t really sure what to make from the experience. Of course, I was glad I had attended, but I had no idea how I had done.

About a week later, I was offered a role. I could not have imagined then how much I was going to enjoy every minute of the experience.

The play itself was a comedy murder mystery. My character was businessman Thomas Tottering, Vice President of Platt Shoes, engaged to Penny Platt, the daughter of the Company owner.

The rehearsal process itself was fascinating. We would start each session with warm-up, memory and accent exercises. MURDER AFOOT was set in 1930s England, so one challenge I had was learning a British accent for my role.

Rehearsing was much more than just memorizing lines. I was learning timing, inflection, and interacting with other characters. I was also learning how to enter and position myself on stage without blocking other cast members. During breaks, we would all be sized for costumes.

Over the course of about two months, it was thrilling to see the progression in everyone’s performance, as we would make tweaks and improvements along the way.

And I can’t say enough about the entire cast and stage crew. Again like my co-workers at Fort Fright, all talented and dedicated people. I was only one of two people in the play who were completely new to the theatre. The others had all performed in previous productions. We were all volunteers with a passion for the local arts community, and the Royal Theatre Thousand Islands.

Surprisingly, as opening night approached, I really wasn’t nervous at all. I was in fact energized and confident, eager for the show to start. As I waited off stage for my first scene, I had a few butterflies, but they quickly vanished with the delivery of my first line.

Three days, and four performances went by in a flash, and I can still remember the bittersweet experience of our last show, knowing that this would be the last time I would be in this character, delivering these lines, with this cast.

But it won’t likely be the last time I set foot on that stage.

This week’s #HappyAct is to embrace the unconventional. Discover those opportunities out there waiting for you to explore elements of yourself that you weren’t sure existed.

You can read more of Ray’s adventures and short stories at storiesfromdoreyville.wordpress.com.

One thought on “Screams and curtain calls”