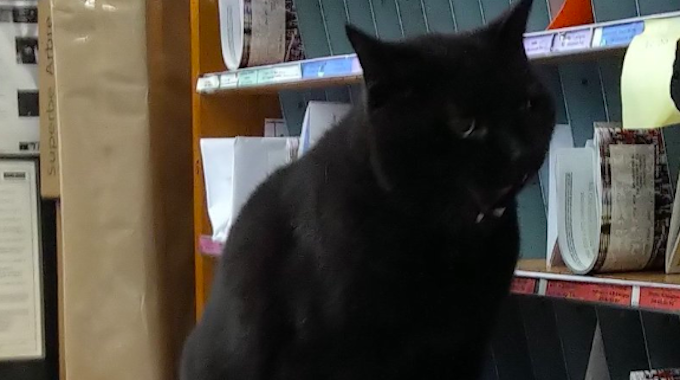 Just before Christmas, a friend of a mine who lived in the tiny hamlet of Newburgh shared a story on Facebook about a cat named Steve.

For the past two years, Steve made a daily trek to visit the staff at the Newburgh Post Office. The staff adopted him as their mascot, and soon he became a fixture in the building, greeting customers and overseeing the daily handling of the mail.

Canada Post got wind of the story, fired Steve without cause and banned him from the building saying cats were not allowed at Canada Post.

Poor Steve didn’t know this, and every day, he reported to work, sitting outside the building crying and meowing to be allowed inside.

The employees and customers in Newburgh took a stand saying this was a stupid rule, and created a petition on change.org demanding Canada Post that Steve be reinstated and allowed back in the building.

As of this morning, the petition had 9,563 signatures in a hamlet of 500 people. The latest update from February 2 says Canada Post is standing firm and not allowing Steve in the building.

If there’s one mantra I’ve tried to live by and teach my kids, it’s “no stupid rules”. Here were some of the comments on the petition from people in the community:

“I live in Sydenham, Ontario and we have an LCBO cat! Chloe is an excellent customer service representative and I think every small town business should have one. It makes the business more community orientated and friendly.”

“I know steve, great cat, loving, caring, he deserves to be allowed entrance anytime he wants. He’s our mascot of the post office and we’re proud to have him!”

“Let the cat back in Canada Post. Fire the person who made the foolish decision.”

This week’s #HappyAct is to sign the petition to help Steve the cat, and don’t let stupid rules get in the way of what’s good and right in this world. 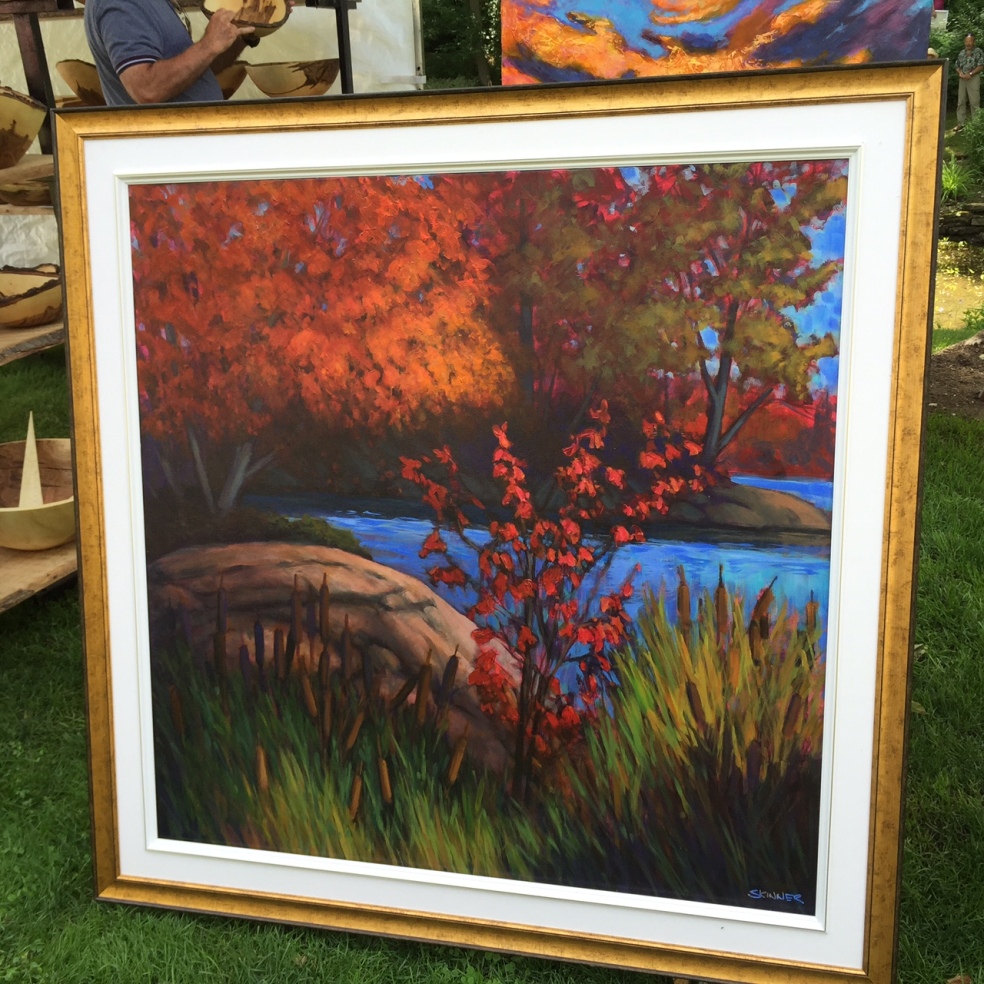 Pablo Picasso once said, “The purpose of art is to wash the dust of daily life off our souls.” Yesterday, we cleansed our souls and met some friends at our favourite little art show called “Art amongst the ruins” in Newburgh, Ontario.

It was the perfect day to stroll through the amazing grounds (the ruins are from a former mill on the property) and admire the beautiful pieces of art.

I am not the most artistic person in the world, but I love looking at art, seeing the textures and hues on the canvas and thinking about the images and emotions the artist was trying to portray and understanding the emotions it evokes in the soul.

A few years ago at this same show, one of the artists invited Clare to paint his picture for him. I have a wonderful picture of her sitting at his easel. He was a pointillist and he showed Clare the technique of using tiny dots to create images that blend together into a bold, beautiful image.

I watched Clare yesterday afternoon paint a picture for her bus driver. She chose a white canvas and painted simple green stems, and glued real flower petals. I’m glad at least one member of our family has some natural artistic flair.

This week’s #HappyAct is to spend a morning or afternoon at an art show or gallery. Maybe even pick up a brush yourself and wash off some dust from your soul. After all, it was Vincent Van Gogh who said, “If you hear a voice within you that says, ‘you cannot paint”, then by all means paint, and that voice will be silenced.” Here are some of my favourite pieces from yesterday. 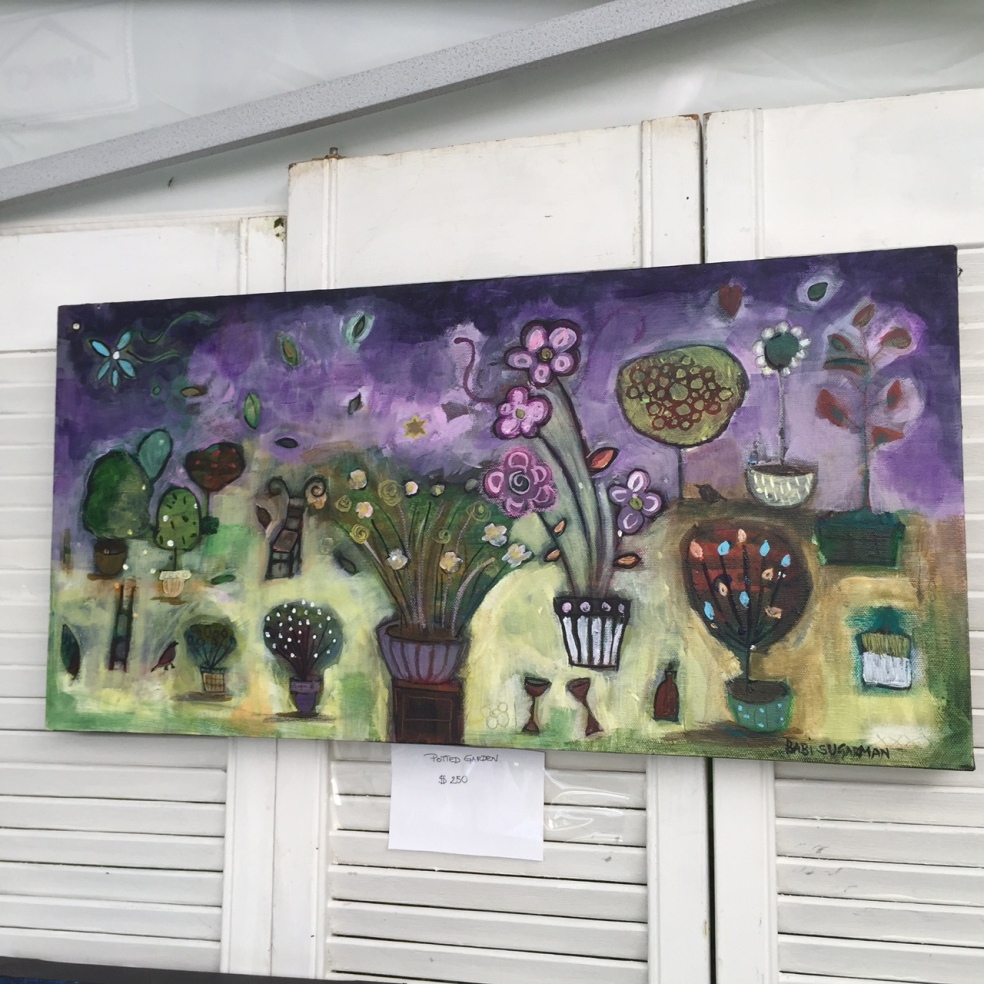